Riverside and Sunset Although both Riverside Drive and Sunset Dual Overdrive share similarities, they are two very different beasts. Riverside‘s sound, dynamics, and feel are like that of a multistage tube preamp with cascading gain stages. The clipping in these gain stages is based on the clipping characteristics of preamp tubes. Riverside can be truly thought of as […] 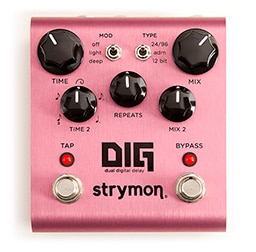 Rack-mount digital delays of the ’80s ushered in a new era of audio effects. They generated the cleanest delays yet to be heard, but also created their own special and intriguing sonic characteristics. Our thorough investigation of digital delay technology reveals the unique personalities that these delays possess. The result of our research and development […] The Phaser machine within Mobius contains seven different phaser types (2, 4 and 6 stage phasers, swirly 8, 12 and 16 stage phasers, as well as a unique barber-pole phaser). While not as celebrated as the classic four and six stage phasers, two-stage phasers have a subdued beauty that is uniquely their own and is […] This preset showcases the Mobius Autoswell machine with a very fast Rise Time. By running a distortion box after the swell, an effect similar to using your guitar’s volume knob into a cranked amp is achieved. With a quick Rise Time of .08 (80ms), the Autoswell’s responsiveness lets you get this effect at a rate […]

This week, we’re going to utilize the Mobius Chorus machine to showcase a straight-forward chorus that’s clean, uncolored, and won’t “take over” your sound. The Digital chorus mode fits the bill nicely here. Speed and Depth are set to 12:00 o’clock. Both the Mix and Tone secondary parameters are set to 50%. The result is […]

Classic through zero or ‘tape deck’ flanging is showcased here, utilizing the Mobius Flanger machine on the Zero+ mode. By using a distortion pedal before the flanger, a broad spectrum of harmonics are sent into the flanger, enhancing the effect as the flanger passes ‘through zero’. The Manual parameter controls how far past zero the […] Sometimes to understand who you are, you have to go back to the beginning, back to where it all began. Before smart phones, before computers, before integrated circuits and the transistor—the only effects available to guitarists were tremolo and spring reverb. The guitar players of the day didn’t have the rainbow of colors that we […] When we decided to create a studio-class pedal that faithfully recreates the classic, unmistakable sound of the most sought-after rotating speaker system, we prepared to study every nuance. Our sound design labs have been filled with those signature, swirling, three-dimensional sounds, as we painstakingly analyzed and recreated the physics and mechanics behind these systems. The […] 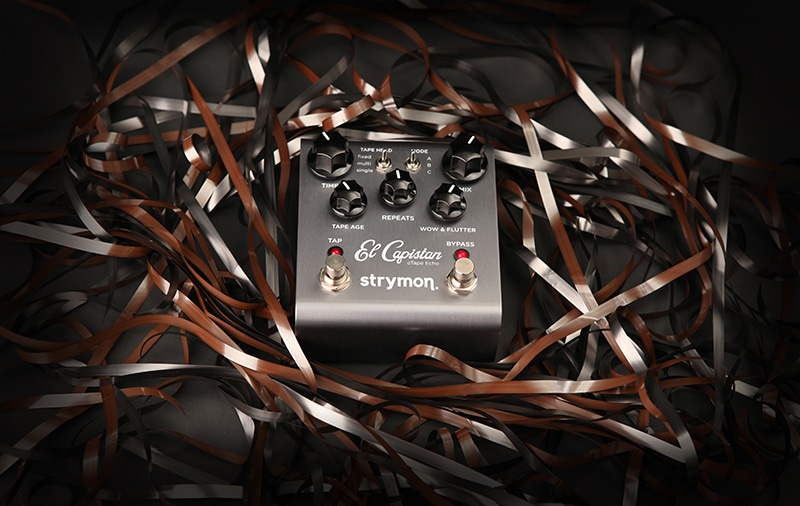 Soon we will be releasing our El Capistan dTape™ Echo. To capture the full experience and complexity of a tape echo machine, every last tape system attribute was relentlessly studied and faithfully recreated. The result is Strymon dTape™ Technology. Pete Celi, our Lead DSP Engineer and Sound Designer illustrates the research and sound design process […]